Infidelity is one of the most damaging things that can happen in a marriage. It doesn’t have to mean the end of the relationship, but before you can repair the damage, address the issues that led to an affair, and move forward… You have to get things out in the open.

Because infidelity is generally carried out in secret, it means things need to come to a head before the problems are actually addressed, and unfortunately, that usually involves confirming suspicions and confronting your spouse.

Today we’re looking at some warning signs that your wife may be cheating on you. If you see these things in your own marriage, it’s probably time to have a difficult conversation.

When people feel guilty, they often project (or deflect) onto the people closest to them. If your wife is making wild accusations about who you spend your time with, what you’re doing when she’s not around, etc. – and you haven’t been doing anything out of the ordinary – she may be trying to shift attention away from her own wrongdoing. Many people do this without even being conscious of it!

If your wife is making veiled remarks about unhappiness, an unsure future, not feeling loved, etc., there may be something going on you don’t know about it. If she’s making such comments, but the complaints aren’t accompanied by any suggestions for improvement or resolution, she may be fully checked out of the marriage – and seeking comfort from someone else.

3. A Change In Style

If your wife suddenly seems more concerned with her appearance than usual, is dressing up when she didn’t used to, or putting extra effort into her looks for work, going out with friends, or other times she leaves the house without you, she may very well be looking her best for someone else. Now, she may just have a new outlook or a renewed sense of confidence, but if this happens suddenly – or if she evades questions about it – you have every right to be suspicious.

5. Trouble In The Bedroom

If she seems disinterested in sex, makes excuses, avoids the subject, and so on, it’s possible that she’s involved with someone else. Now, there are plenty of reasons couples experience trouble with sex, but again, if she avoids talking about it or doesn’t seem interested in ways to improve things, you have some reason for concern.

6. Watching Your Every Move

It’s one thing to check in from time to time, but if your wife seems suddenly interested in your whereabouts around the clock, when you’re coming and going, the fine details of all your plans, and so on, she could be hiding something. By knowing your every move, she can stay one step ahead and cover up any signs of infidelity. This behavior is definitely cause for suspicion.

While this may not have anything to do with infidelity, it’s still a cause for concern. If she’s often asking you for space, turning down requests to spend time together, and the like, it’s a sign of some deeper issues. If these requests for “space” are happening in the evening and on weekends, she may also be using that space to see someone else.

If your wife has new friends that you’ve never met, and she seems to spending an inordinate amount of time with them – but not telling you much about what they do – this friend could very well be an affair. Even if this “friend” isn’t a secret lover, she may be spending time with a single friend, trying to meet people, or otherwise wandering into “cheating” behavior.

It’s perfectly fine for your wife to spend time with friends, to have a social life, to do things without you by her side every minute of the day… But if she’s constantly changing her plans, coming home later than expected, planning to go out but suddenly not going… All of this leads to a suspicion that she’s being secretive about how she spends her time.

Again, these things don’t immediately mean that your wife is cheating on you, or that just because she’s engaging in some of these behaviors, that your marriage is doomed to fail… However, if you feel you have strong reasons to be suspicious, you MUST have a candid, direct conversation with your wife to ask if she’s having an affair.

If you can address the problems head on, you can uncover the issues in the relationship that allowed the affair to happen. Then, if you can commit to growing as individuals and writing the wrongs of your past, you can actually rebuild your marriage into something stronger than it has ever been. 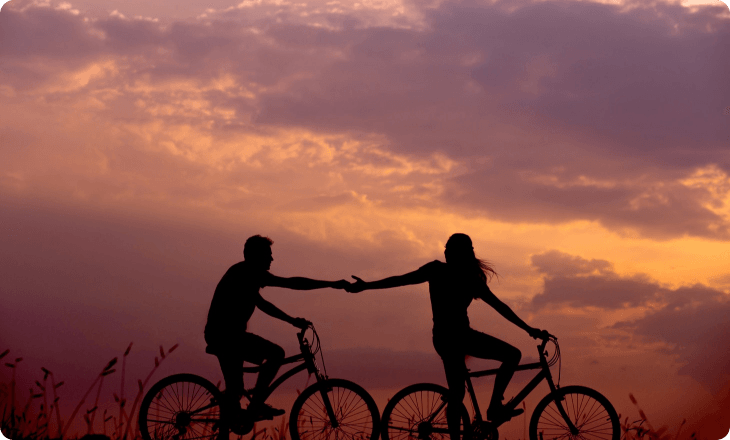 Struggling With Trust After An Affair?

Infidelity does serious harm to a marriage – that’s something we can all agree on. Feelings of betrayal, guilt, anger, and a sense of total disruption are to be expected, but even when everything feels like it has fallen apart – you CAN rebuild trust, overcome the hurt, and get your marriage back on track. […]