If you haven’t heard already, Russell Crowe is auctioning off personal items to continue to pay for his divorce from Danielle Spencer back in 2012. They split after 9 years of marriage.

This is a cautionary tale for many who are considering divorce themselves or are even tolerating a less than satisfying marriage. 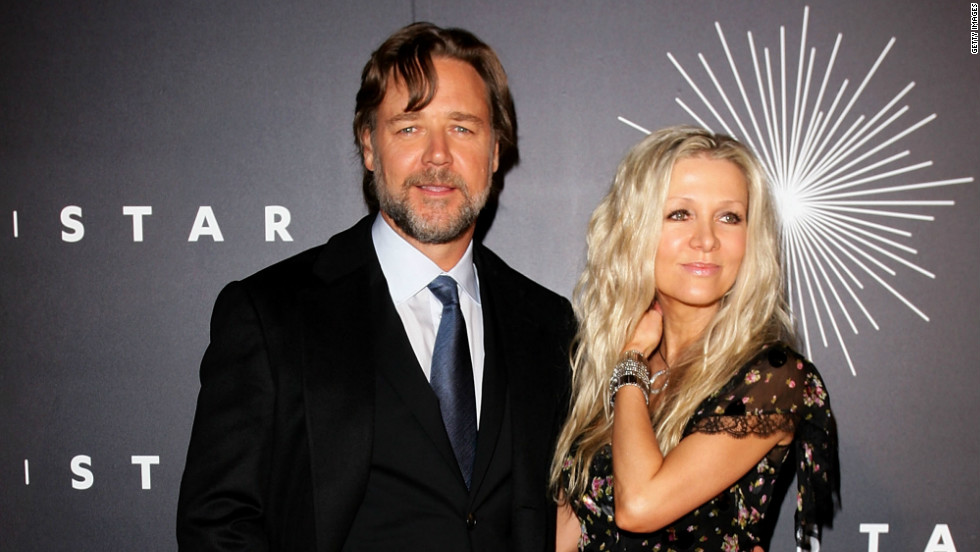 To many, Russell and Danielle seemed like “the perfect couple,” so what could have gone wrong? Unlike many other celebrity couples, with their relationships constantly in the public eye, Russell and Danielle had a relatively quiet marriage, and this split came as a shock to many of their fans. Since the divorce has gone public, the celebrity news media has been abuzz with speculation.

Here at StrongMarriageNow, we are chalking up the split to a pair of problems that many couples face every day. In fact, the problems are very closely related – they usually come in tandem.

KEEP THE LOVE ALIVE WITH OUR MARRIAGE LIBRARY

The first major problem is time spent together. As we’ve written about before, being a Hollywood actor is a demanding career, and can result in months spent away from home. Over the course of his career, Russell has been involved in the making of multiple major motion pictures, including Nice Guys, The Mummy, Les Miserables, Broken City, Man of Steel, Gladiator, Master & Commander. The time spent filming and promoting huge films takes a toll on actors marriages. Like many other marriages that find themselves in trouble, this couple simply did not have enough time alone, together.

As a result of this time apart back in 2012, Danielle had been spending quite a bit of time with her Dancing With the Stars partner Damian Whitewood, and while they both vehemently deny the rumors of a physical affair, maintaining that they are “just friends,” developing a close friendship outside the marriage can be very damaging.

Even without anything physical, an emotional affair can still occur, when one member of a relationship is seeking comfort and companionship from another person that isn’t their spouse. It is perfectly normal to make friends, and to even be close to a person of the opposite sex, but when the spouse isn’t around, it opens the potential to start seeking the need for intimacy and companionship with this “friend,” and that can be seriously damaging to the marriage.

There weren’t any major fights or controversies surrounding their split, and it appeared that Russell and Danielle had simply grown apart over time – a direct result of spending too much time apart.

We were absolutely sorry to see a split between such a great and truly atypical Hollywood couple, especially when the causes were avoidable. Married couples everywhere should take note: the importance of spending quality time together cannot be overstated.

What do you think about divorce Russell Crowe? Please comment below…

A Big Lesson From Celebrity Affairs

When you think about high profile couples, things like “stability” and “longevity” don’t often jump to mind. Instead, we see the tabloid headlines, the scandals, and all of the ups and downs that can come along with fame and fortune. Now, there are a few important things to note here. First, the relationship problems so […]

Alicia Keys Sings About The Beauty of Blended Families

Music is one of the most powerful ways to deliver a message. For talented singers like Alicia Keys, music making is an opportunity to inspire and uplift others, and shine a positive light on things that people may be struggling with. In this gorgeous tune, Alicia sends a message to the children of blended families: […]

The Queen’s Secret to a 69 year Marriage

This past November, Queen Elizabeth II and Prince Philip celebrated their 69th wedding anniversary. The couple married in 1947, when Elizabeth was 21 and Philip was 26. They met when Elizabeth was just 13, and when they reconnected as young adults, they fell quickly in love. Their marriage has, of course, been in the public […]

With a new album out and a tour on the horizon, Jon Bon Jovi (and the rest of the band that bears his name) is still a rock star. The band’s sheer statistics are impressive – 13 studio albums and 2 live albums, more than 130 million records sold across the world, and more than […]

Sometimes you don't have tone an actor to apart from each other. Some times you are living together but you are away from your spouse. As a couple we can not never never never forget that we are in honeymoon everyday ,can't forget the principles of being married. A lots of couples today are divorced but living together without knowing they are divorced. The media today forces you to be wrong. We can't be part of this customs or our generation will be worst than it is at this moment. GOD BLESS WE ALL.